Upside Down Orchestra or short UDO is a collective of people who combine different arts in one company. When the collective was founded it in the year 2021, we first came together for an international cultural event called MišMaš, which was organized by the city and our hometown Regensburg (Germany).

During the creation process, we realized that we loved working together so much that we decided to give this company a shot.
And here we are!!! 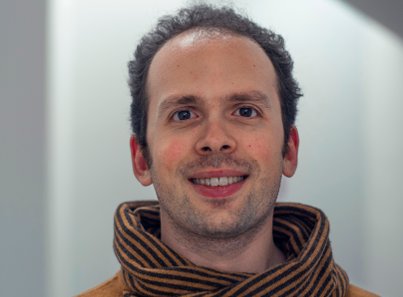 Nino studied percussion and electro-acoustic composition at the Conservatorio Antonio Scontrino in Trapani (Italy). While completing his studies in February 2010, he already started studying at the Liszt School of Music Weimar as an Erasmus scholarship holder. In the winter of 2010/11 he began his postgraduate course in concert exams in the percussion classes, which he completed with distinction in November 2013, supported by the New Liszt Foundation Weimar. In March 2013 he won a scholarship from the YAMAHA Music Foundation of Europe.

Nino is a very versatile and diverse sound artist who collaborated with several orchestras, performed at music festivals in Germany and Italy and feels at home in many different genres.

Carmen's artistic career began in 2011 with partner acrobatics. After a few years she discovered her passion for Cyr Wheel while looking for a solo discipline. She is a self-taught athlete and can proudly claim to be world champion in Cyr Wheel as she won the gold (artistic program) and silver (all around) medal at the World Championship 2018 in Magglingen, Switzerland.

However, what makes her happy is not competing but performing on stage: There she can express herself and feel free.

Jonas´ passion for circus started while studying sport at the University of Regensburg. There he met his first acrobatic partner Alexander Neppl. With the support of the university, especially Christoph Kößler, they founded the artistic duo Living Flags in 2009. After finishing his Bachelor degrees, he started to work as an artist throughout Europe in different companies such as:
Die Flugträumer, Pepe Arts, Living Flags, etc.

Lukas is still new to the world of performance as he is the youngest member of UDO. Truly talented and motivated, he started learning breakdance and floor acro at the age of 12 and that´s what laid the foundation of his further development in the arts of movement. Being already exceptionally strong in power moves and tricking, he is a promising dancer and partner acrobat - we are all curious how he is going to discover and conquer the artistic world!